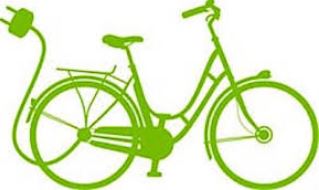 Medicine Wheel Trail Advocates is conducting a survey of trail users about e-bikes. Here is a link to our survey – please complete it and encourage other trail users to also.

Why are we doing this? MWTA believes that all trail users must be part of any decision to expand motorized access on non-motorized trails. Therefore we are starting a community conversation on this topic, and we will share the results with our land manager partners.

It’s a fact that e-bikes are a fast-growing new technology with plenty of interest from users. E-bike classifications, and the rules about their use are confusing. Thank you to our friend Hiking Bob, who created a summary of current regulations in the Pikes Peak region.

We’ve seen rapid changes in regulations from various government agencies, with little input from trail users along the way. A state bill passed in 2017, intended to increase e-bike adoption on streets, has frequently been misinterpreted as allowing e-bikes anywhere in the state include singletrack. Colorado State Parks (including Cheyenne Mountain State Park) allows class 1 and 2 e-Mountain bikes (eMTBs) on non-motorized multi-use trails. Recent federal (Dept of the Interior) orders allow e-bikes in National Parks and BLM land, though the BLM order has been challenged and is in limbo. The Pikes Peak Ranger district of the US Forest Service operates in a separate branch of the federal government (Dept of Agriculture, not Interior) that has not changed its stance in prohibiting e-bikes on non-motorized trails, but we frequently hear that changes are being contemplated.

In our city Parks, which contain the largest number of trails in our area, city staff all the way up to the mayor’s office reporting requests from e-bike users and sellers, to allow eMTBs on all trails open to bikes. In the recent Austin Bluffs master plan process, a proposal was shared that would allow eMTBs on all bike trails in the property (the proposal was ultimately removed from the final version of the master plan). In September 2019, COS city Parks initiated a ‘pilot’ project that allowed commercial eMTB tours on singletrack in Garden of the Gods with the stated aim of assessing the impact in order to evaluate changes to the current policy which prohibits e-bikes on singletrack.

We are not opposed to discussion about expanding riding opportunities for e-bikes – but MWTA believes that our members and other trail users should be consulted before such changes are implemented. MWTA must drive this conversation forward, or we’ll be left behind as decisions are made.

What is MWTA’s Position on e-bikes? Today, our position is that e-bikes must be regulated separately from human powered bikes, and not grouped together with the same access everywhere. Since they bring the potential to significantly change the trail experience, any change to trail use regulations must be done with involvement of all stakeholders including trail users. Beyond that, it’s fair to say MWTA has concerns with e-bike use on non-motorized trails, but we haven’t taken a stance on where/how/if e-bike use should be expanded. In case you’re wondering, MWTA is a chapter of IMBA, and IMBA recently published a statement supporting class 1 eBikes on some non-motorized trails (as long as it doesn’t negatively impact MTB access). Medicine Wheel Trail Advocates have not adopted this statement.

This survey will help us gauge the level of understanding of e-bikes, as well as opinions about them in our community. It will be open until March 13th, after which we plan to hold a public meeting, inviting trail users and land managers to discuss the issue and work together toward a solution.

Regardless of how you feel about e-bikes, please take the survey and watch our website and FB page for updates about this important topic.

MedWheel statement about eBike use on trails in COS Parks property